There are several things in the news today that really get me going. Women’s rights, healthcare, LGBT rights, immigration, etc.

But something a little less talked about has been put on my plate as of my last road trip so I’ve been doing a little research and the facts are disheartening. While on the road, we were able to stop at Mt. Rushmore and the Crazy Horse Memorial. I think most everyone knows that US history never really got me going until after I graduated and spent that time out on the road alone (and yes, I’m planning another, longer trip for next year). Now it’s like I can’t get enough and if I could go back and time and have glass of wine with anyone it would be my homeboy, the Third President, Thomas Jefferson.

About a year ago I watched a documentary on the Pine Ridge Reservation in South Dakota and I was appalled at the poverty going on within my own country.

So we met this man, Bill Grothe, who in 1948 photographed the remaining survivors 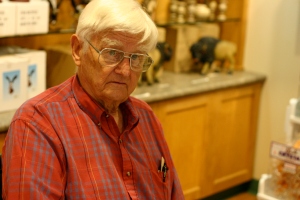 of The Battle of Little Big Horn. He was full of information and happy to talk, but I felt like I was stumbling over my tongue when it came to asking questions. I could hardly come up with more than ‘these photographs are amazing’ – and while he is very well aware of just how important/amazing they are, he seem more concerned with the type of paper they were printed on rather than the subject.

These proud men that he had photographed were  from this area in South Dokota. If you could only see these photos, these men are so beyond proud of who they are and their history. They would no doubt cry if they saw what their people are going through today.

Why is this not making news? Why is this not a election topic? Why does the government expect these people to live on $4000 a year and some bread/rice handouts?

In the documentary, a woman cried over seeing fresh green peppers on her sandwich at Subway because she had only ever heard of them or seen them on TV before Subway opened on the reservation. I pick those thingsoffmy sandwich.

I don’t know, I’m just so blown away at how we as this great nation can sweep this whole issue under the rug and just not deal with it. 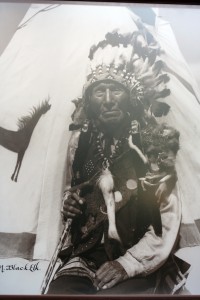 Fuck fighting for shit overseas, why are we not fighting to help our own people? Because let’s be honest. They were here first.

And before you shrug and hit the back button… think about living on $4000 a year. I’m pretty sure I dropped $2000 in the two weeks I was on the road, and that was for fun.

So if anyone is near by me and wants to contribute to a care package I’m going to put together – I would love the help. Things like toiletries (hotel size shampoo/conditioner, toothbrushes, toothpaste, etc) are in big need. I hope to ship a package off in the next week or two.