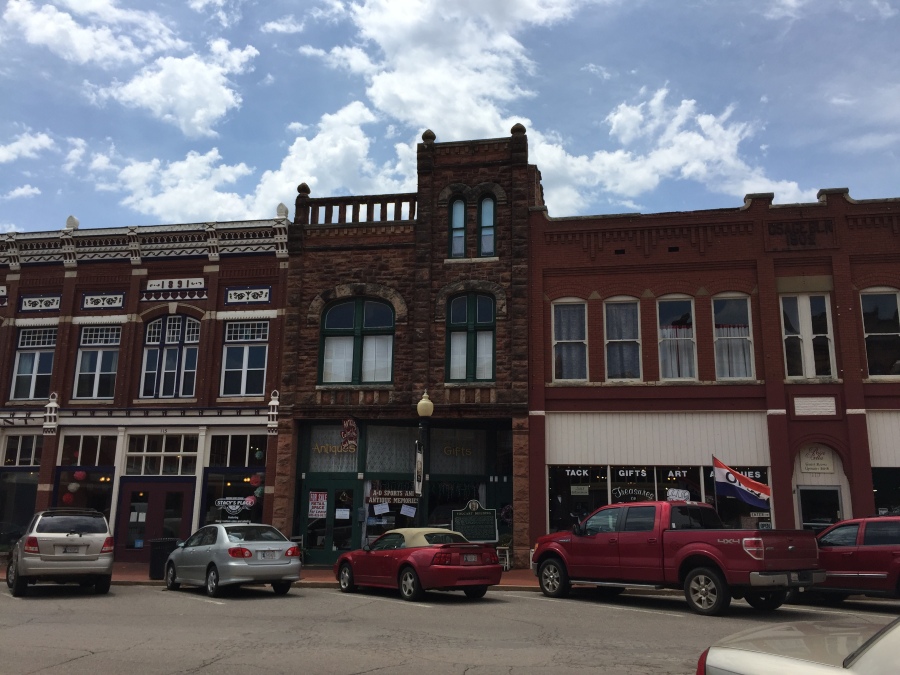 It’s been a busy, hot and sweaty few days in Oklahoma, but it sure has been a blast. Every year I meet and get to know more and more people who attend Mark Harmon’s event.

They event felt much more low-key this year. There were a few people who were a little too pushy and in his face, including one who pushed in on my photo and chit-chat time. I opted not to get anything signed, because after my photo there was a bit of conversation time and I didn’t want to be like some of the other people shoving a shit ton of memorabilia in his face. I mentioned wanting the bike in the silent auction (I was sitting on it at $240 until some asshole bid $400), and he asked if I was going to bike back to Seattle. I thanked him for another great season of NCIS and he thanked me for my time and money in supporting his event. What I like about him is that he’s so sincere – it’s not just a quick thanks, but he takes the time to look you in the eye, touch your shoulder and let you know that he really appreciates the support.

In the end, the NCIS set tour went for $15,000. My dream is to win the lotto and let the bidding go back and forth until someone thinks they’ve won it. And then stand up and double t

he price. Bitch, please. That set tour is mine. Sadly, I’m not there yet. And I don’t play the lotto, so… but some day!
I wasn’t in bed until 1, but managed to roll back out at 8:00. I got ready for the day and then made the drive (40 min) back up north to Guthrie, OK. This little historic town is just the cutest! The houses are adorable, the people are friendly and the old brick buildings are beautiful! I stopped by the Oklahoma Territorial Museum first. It was two stories and had one floor about the land grab and the second floor about Oklahoma Statehood. It was good,  but small and the gift shop left much to be desired. From there I headed to Stacy’s Place for lunch. The food was great (fried green tomatoes are my favorite) and then walked up and down the street, popping into a few antique st

ores. While it was cooler than the 103 on Wednesday when I came through, 98 wasn’t much better and there was only so long before I needed some AC. I drove back to OKC and hit a few little boutique shops along the way. OKC has so many little gems, but without a car, they’d be hard to hit for a tourist staying in/near Bricktown where you are pretty closed in.

It’s my last night in Oklahoma, and while I’m sad to leave the comfort of my swanky hotel room and a city I’ve become rather familiar with over the years, I will not miss this heavy and humid heat.