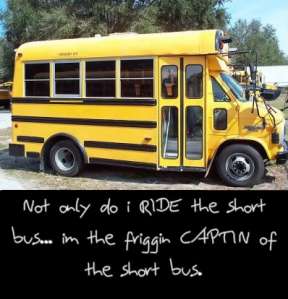 I was all set to come home and write about all the people I met and what happened at RUC today, but as I just finished registering for classes, I changed my mind. Instead I would like to introduce you to my schedule. Next week I have a four day methodological workshop titled, How to measure power in international relations. It’s based off of participation only, so there isn’t any take-home homework or exam, but from what I understand there is roughly 100 pages of reading.  My main class for the semester is Globalization, Political Culture, Civil Society and Social Movements. It is described as the following. “The core concepts under this theme will be civil society, political culture, social integration and development under impacts from globalization. The interest in political culture and organized civil society has increased in response to the perceived failure of state-led development approaches, which dominated during the 1970s and 1980s. The ‘new policy agenda’ of the 1990s, which typically combines neo-liberal economic policy with a strong commitment to ‘good governance’ has seen civic organizations as efficient and responsive alternatives to the state and as organizational actors with the potential to strengthen democratic processes. Organized civil society – collective organizations, social movements, community groups etc – is in this respect seen as an instrument to ensure sustainable economic growth, a high level of civic and social participation and consequently greater social cohesion between different social ethnic and cultural groups. Under this theme we want to explore the ways that relations of power and authority and political and cultural identities are constructed and challenged in situations of ambiguity and conflict where local institutions and public policies are influenced by but either central state or powerful global agencies, such as multilateral and bilateral development agencies or representatives of the security military complex. A core issue will be the social, economic and cultural consequences of global migration and labour mobility and here the possible outcome of developments such as parallel society, demographical challenges, identity formation loyalty strategies will be scrutinized. A proper global road-mapping of migration will in this sense also contribute to a desired outcome suitable both in a way that it makes a labour-market match possible and prevents a labour market mismatch that at the very extreme case can lead to extreme dissatisfaction at the host societies that can threaten security and social cohesion. These approaches will be empirically broad and concerned with the interplay between different analytical levels, from the local to the global.” This will be what my semester project is based in. This class will run 1 Thursday and 7 Fridays.

With that I have a complimentary seminar which runs five days over 2.5 weeks – Fragile states, conflict and civil society. “‘Weak’, ‘failed’, ‘collapsing’ and ‘collapsed’ state are at the centre of much contemporary debate about development. At the London School of Economics the ‘Crisis States Research Centre’ has been a central part of development studies since 2001, the World Bank has recently published its World Development Report for 2011 on ‘Conflict, Security and Development’, and the Danish Foreign Ministry since 2010 has had ‘Fragile state, conflict and civil society’ as one of its three priority areas of research interest. The background for this focus of interest is a growing integration of development and security policy concerns, and endeavours to have development interventions cohere with other elements of foreign policy such as defence and trade. This again has been strengthened by shifts in the development strategies of governments in the North since September 11, 2001, to counter threats of terrorism from the South, and to stem pressures of immigration from Africa in particular that are seen to be related to security risks. Regional conflicts, crises in governance and political instability are seen as important ingredients in the background to transnational migration and the rise of new forms of violent politics and ‘shadow government’. It is therefore of importance to investigate what constitutes ‘ fragility’, ‘weakness’ or ‘strength’ of governance institutions, and to see this as related not only to structures of state, but also of civil society, and of state-civil society interaction in environments affected by conflict and destabilistation.”

This adds up to 17 days in class with a lecturer. Like the bachelors program I will work in a group on a semester project on a theme/topic of our own choice, but that is done on our own time, most of which will be spent writing solo.

I have one 48hour essay in October for the seminar, and our oral exam on our project will take place some time in January.

When it comes to school, I win.